The concert was created in cooperation with Vzlet, the new Prague palace of culture.

We have very little information about the life of the greatest genius of Czech Baroque music, Jan Dismas Zelenka (1679–1745), and long periods of his life remain entirely enshrouded in mystery. We know he was born to the cantor and organist Jiřík Zelenka Bavorovský (1648/9 or 1655–1724) in Louňovice pod Blaníkem, and he was baptised there on 16 October 1679 as Jan Lukáš Zelenka. For the decades that follow, we lose all traces of his life. We do not know when or why he assumed the name Dismas, nor do we know anything about his childhood and youth. We have no portrait of him, and we do not know the exact location of his final resting place.

Finally in 1704, we pick up the trail of the twenty-five-year-old Zelenka in Prague, where he composed the music for a school play in Latin, Via laureata, ZWV 245, for a performance at the Jesuit College of St Nicholas in Prague’s Lesser Town. The music of Zelenka’s first documented composition is lost; his first preserved works are dated to ca. 1709 – the first part of the Statio quadruplex pro Processione Theophorica, ZWV 158, and the Immisit Dominus pestilentiam, ZWV 58. The title page of Immisit Dominus pestilentiam tells us that at the time when Zelenka composed the work and led its performance at the Jesuit College at the Clemtinum, he was living at the home of Freiherr von Hartig. Ludwig Joseph von Hartig (1685–1735) was an important Austrian nobleman, an imperial governor, a great lover of the arts, and an outstanding harpsichord player. Freiherr von Hartig was the person who opened the door for Zelenka to enter the great world of music, furthering Zelenka’s musical education and supporting his continued career when Zelenka was already at an advanced age for a beginning composer in those days.

It was probably at the turn of 1709–10 that Zelenka appeared in Dresden as a contrabass player in the court orchestra of the Elector of Saxony and King of Poland Augustus II (Augustus the Strong). Aside from a study visit to Vienna on a stipend from 1716 to 1719 and a brief return to Prague on the occasion of the coronation of Emperor Charles VI as King of Bohemia, Zelenka stayed in Dresden until his death on 23 December 1745. During his many years serving August the Strong and later his son Friedrich Augustus II, although Zelenka often carried out the duties of Kapellmeister first for the ailing Johann David Heinichen (1683–1729) and later for the absent Johann Adolph Hasse (1699–1783), he was never given a prominent position at court or the title of Kapellmeister. It was not until 1735 that he – together with J. S. Bach – received the honorary title of Kirchencompositeur, but there were no financial benefits connected with the honour. Still, Zelenka’s career can be regarded as extraordinarily successful. In view of the fact that at about the age of thirty, when most composers of the period were at the zenith of their careers, this beginner was just gathering his first experiences as a composer, his later career still appears to have been truly brilliant. In Dresden, Zelenka found himself at the centre of cultural events of one of Europe’s most resplendent courts, collaborating with singers and instrumentalists of the highest calibre and keeping in contact with the greatest composers of his day.

Zelenka composed two settings of the psalm Miserere: the first one in 1722 in D Minor (ZWV 56) and the second one in 1738 in C Minor (ZWV 57). The first setting was created for Easter liturgy at the Dresden court, at the same time as the more famous compositions such as Responsoria pro hebdomada sancta (ZWV 55) and Lamentationes Jeremiæ Prophetæ (ZWV 53, 54). 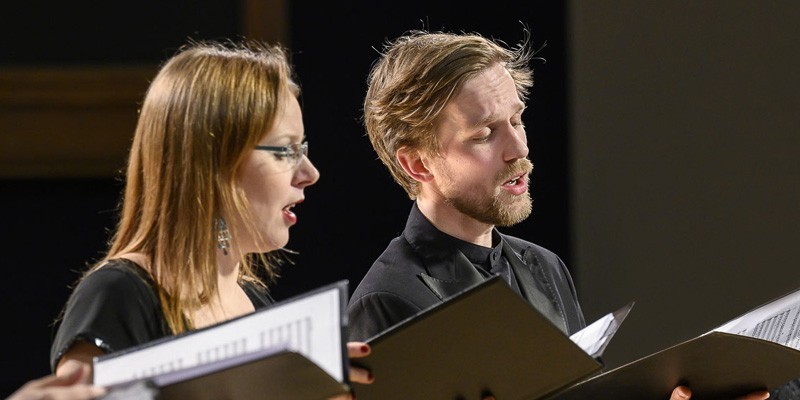 After thy great goodness
After thy great goodness:
according to the multitude of  thy mercies
do away mine offences.
Wash me thoroughly from my wickedness:
and cleanse me from my sin.
For I acknowledge my faults:
and my sin is ever before me.
Against thee only have I sinned, and done this
evil in thy sight: that thou mightest be justified
in thy saying, and clear when thou art judged.
Behold, I was shapen in wickedness:
and in sin hath my mother conceived me.
But lo, thou requirest truth in the inward parts:
and shalt make me to understand
wisdom secretly.
Thou shalt purge me with hyssop,
and I shall be clean: thou shalt wash me,
and I shall be whiter than snow.
Thou shalt make me hear of joy and gladness:
that the bones which thou hast broken may
rejoice. Turn thy face from my sins:
and put out all my misdeeds.
Make me a clean heart, O God:
and renew a right spirit within me.
Cast me not away from thy presence:
and take not thy Holy Spirit from me.
O give me the comfort of thy help again:
and stablish me with thy free Spirit.
Then shall I teach thy ways unto the wicked:
and sinners shall be converted unto thee.
Deliver me from blood-guiltiness, O God,
thou that art the God of my health:
and my tongue shall sing of thy righteousness.
Thou shalt open my lips, O Lord:
and my mouth shall shew thy praise.
For thou desirest no sacrifice,
else would I give it thee:
but thou delightest not in burnt-offerings.
The sacrifice of God is a troubled spirit:
a broken and contrite heart, O God,
shalt thou not despise.
O be favourable and gracious unto Sion:
build thou the walls of Jerusalem.
Then shalt thou be pleased
with the sacrifice of righteousness,
with the burnt-offerings and oblations:
then shall they offer young bullocks
upon thine altar.