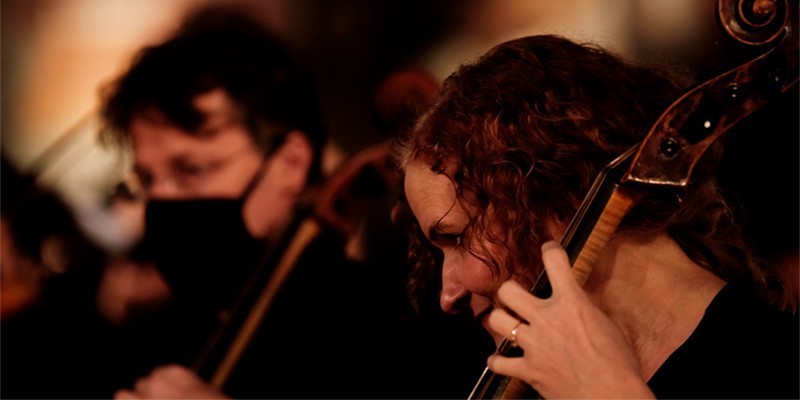 We have very little information about the life of the greatest genius of Czech Baroque music, Jan Dismas Zelenka (1679–1745), and long periods of his life remain entirely enshrouded in mystery. We know he was born to the cantor and organist Jiřík Zelenka Bavorovský (1648/9 or 1655–1724) in Louňovice pod Blaníkem, and he was baptised there on 16 October 1679 as Jan Lukáš Zelenka. For the decades that follow, we lose all traces of his life. We do not know when or why he assumed the name Dismas, nor do we know anything about his childhood and youth. We have no portrait of him, and we do not know the exact location of his final resting place.

Finally in 1704, we pick up the trail of the twenty-five-year-old Zelenka in Prague, where he composed the music for a school play in Latin, Via laureata, ZWV 245, for a performance at the Jesuit College of St Nicholas in Prague’s Lesser Town. The music of Zelenka’s first documented composition is lost; his first preserved works are dated to ca. 1709 – the first part of the Statio quadruplex pro Processione Theophorica, ZWV 158, and the Immisit Dominus pestilentiam, ZWV 58. The title page of Immisit Dominus pestilentiam tells us that at the time when Zelenka composed the work and led its performance at the Jesuit College at the Clemtinum, he was living at the home of Freiherr von Hartig. Ludwig Joseph von Hartig (1685–1735) was an important Austrian nobleman, an imperial governor, a great lover of the arts, and an outstanding harpsichord player. Freiherr von Hartig was the person who opened the door for Zelenka to enter the great world of music, furthering Zelenka’s musical education and supporting his continued career when Zelenka was already at an advanced age for a beginning composer in those days.

It was probably at the turn of 1709–10 that Zelenka appeared in Dresden as a contrabass player in the court orchestra of the Elector of Saxony and King of Poland Augustus II (Augustus the Strong). Aside from a study visit to Vienna on a stipend from 1716 to 1719 and a brief return to Prague on the occasion of the coronation of Emperor Charles VI as King of Bohemia, Zelenka stayed in Dresden until his death on 23 December 1745. During his many years serving August the Strong and later his son Friedrich Augustus II, although Zelenka often carried out the duties of Kapellmeister first for the ailing Johann David Heinichen (1683–1729) and later for the absent Johann Adolph Hasse (1699–1783), he was never given a prominent position at court or the title of Kapellmeister. It was not until 1735 that he – together with J. S. Bach – received the honorary title of Kirchencompositeur, but there were no financial benefits connected with the honour. Still, Zelenka’s career can be regarded as extraordinarily successful. In view of the fact that at about the age of thirty, when most composers of the period were at the zenith of their careers, this beginner was just gathering his first experiences as a composer, his later career still appears to have been truly brilliant. In Dresden, Zelenka found himself at the centre of cultural events of one of Europe’s most resplendent courts, collaborating with singers and instrumentalists of the highest calibre and keeping in contact with the greatest composers of his day.

Missa Corporis Domini (ZWV 3) in C major probably dates from 1719 and was composed shortly after Zelenka’s return to Dresden from Vienna, where he studied counterpoint with the famous imperial Kapellmeister Johann Joseph Fux. It is an incomplete setting of the mass ordinary, as it lacks Gloria. Even in this relatively early work we can already notice Zelenka’s originality and excellent command of the counterpoint. In 1727, Zelenka wrote another composition with the same title, Missa Corporis Domini, but it bears the catalogue number ZWV 9, and Zelenka chose the festive key D major for it.

I believe in one God,
the Father almighty,
maker of heaven and earth,
of all things visible
and invisible.
I believe in one Lord Jesus Christ,
the Only Begotten Son of God,
born of the Father
before all ages.
God from God,
Light from Light,
true God from true God, begotten,
not made,
consubstantial with the Father;
through him all things were made.
For us men
and for our salvation
he came down from heaven.
By the Holy Spirit
was incarnate
of the Virgin Mary,
and became man.
For our sake he was crucified
under Pontius Pilate,
he suffered death and was buried.
He rose again on the third day
in accordance with the Scriptures.
He ascended into heaven
and is seated at the right hand
of the Father.
He will come again in glory
to judge the living and the dead
and his kingdom will have no end.
I believe in the Holy Spirit,
the Lord, the giver of life,
who proceeds from the Father and the Son,
who with the Father and the Son
is adored and glorified,
who has spoken through the prophets.
I believe in one, holy, catholic
and apostolic Church.
I confess one Baptism
for the forgiveness of sins
and I look forward
to the resurrection of the dead
and the life of the world to come.
Amen.

Holy, holy, holy,
Lord God of Hosts,
heaven and earth
are full of your glory.

Blessed is he who cometh
in the name of the Lord.
Hosanna in the highest.

Lamb of God, who takes away
the sins of the world,
have mercy on us.