The supporters of Collegium 1704 from Ostrava are cordially invited to the concert of Janáček Philharmonic conducted by Václav Luks. Mozart´s Symphony No 40 in G Minor, also known as Great Symphony, will be performed on 25 November 2021 at 7 pm in the Dům kultury města Ostravy concert hall. The concert will be presented by the actress Barbora Seidlová.

We regret to announce that both workshops planned for Friday 5 November had to be rescheduled for 2022. We apologize and look forward to meeting you at other Collegium 1704 events.

Don´t miss the unique opportunity to take part in the first series of workshops with Collegium 1704 in Vzlet! On Friday 5 November 2021, we are going to enter the world of tones and colours and with the presenter Klára Boudalová and singers and musicians from Collegium Vocale 1704 and Collegium 1704 we will be inspired by the English polyphony to create colourful paintings. No artistic experiences are necessary.

172 years ago, on 17 October 1849, Fryderyk Chopin died in France. His body rests on Pére Lachaise cemetery in Paris, but his heart was buried in the pillar of Basilica of the Holy Cross in Warsaw, Poland. On Sunday 17 October 2021, Collegium 1704 performed Mozart´s Requiem in there. The sound of this very piece touched the ears and hearts of the participants of Chopin´s funeral.

Concert marking the anniversary of Chopin´s death is taking place annually, organized by Fryderyk Chopin Institute and featuring the best orchestras from all over the world. Watch the recorded broadcast of the concert on YouTube.

Another series that Collegium 1704 moves to Vzlet , the new Prague palace of culture, are the popular open rehearsals. Two are planned for the autumn part of the season: on 29 September at 2 pm, a rehearsal for the concert El Fuego (30 September), with a programme focusing on rarely performed Spanish music of the sixteenth century, and on 3 November at 2 pm, a rehearsal for the concert Hear my prayer, O Lord (4 November), which explores English polyphony.

Tickets for a single price of CZK 150 are already on sale.

A new point on the cultural map of Prague – the former Sokol cinema Vzlet – has officially opened its gates to visitors. Collegium 1704, together with the Vosto5 Theatre and the cinema Kino Pilotů, prepared a five-day tasting program and presented this unique space from all perspectives – as a concert, theatre, and lecture hall, as a place for children’s workshops and fairy-tale performances, as an outdoor gallery, as a space for exploring virtual reality, and as a café for meeting neighbors and friends.

On 30 September, we are going to meet our audiences in Vzlet again – on the concert El Fuego from the Collegium Vocale 1704 chamber series. At 6.30 pm, the Pre-concert talk with Václav Luks is going to take place.

The Lednice-Valtice Music Festival offers its visitors a unique opportunity to admire private art collections which are among the largest in the world and are not normally open to the public.

On Thursday, 23 September 2021, ticket holders for the Collegium 1704 concert will be allowed to enjoy the Garden Palace Liechtenstein in Vienna.

The concert programme includes not only the works of Antonio Vivaldi, but also the modern premiere of Concertino in G Major by the eighteenth-century Austrian composer J. M. Pichler.

The visitors with the concert ticket will be allowed to enter the palace one hour before the concert and admire the interiors. 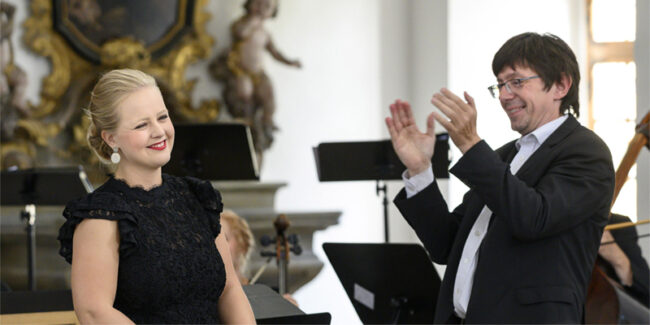 Ansbach, Jindřichův Hradec or Warsaw – those are places, that can be circled on the map by those supporters of Collegium 1704, who don´t hesitate to follow the orchestra for concerts in the Czech Republic or abroad.

After the successful concert at the Smetanova Litomyšl festival, the orchestra is going to present the program consisting of works by J. S. Bach and J. D. Zelenka at the end of July at the Sopot Classic festival in Poland. With the soloist Hana Blažíková is going to perform on 5 August 2021 at the Bachwoche Ansbach and the Bach-Zelenka programme will be presented on 7 August 2021 at the South Bohemian Intermezza festival in Jindřichův Hradec.

End of August will be dedicated to two concerts on the Chopin and his Europe festival in Warsaw, followed by the concert in the Kölner Philharmonie in Köln, where Collegium 1704 conducted by Václav Luks and with the soloist Nikola Hillebrand are going to perform not only Vivaldi´s Laudate pueri Dominum, but also Zelenka´s Missa 1724.

All concerts not included in our concert seasons in Rudolfinum, Annenkirche or Vzlet can be found on our website in the Other concerts section.

On Wednesday, 1 September 2021, the new chapter in the history of the hundred years old building of Vzlet, Vršovice, Prague is going to open. Together with Vosto5 theatre company and Kino Pilotů cinema, Collegium 1704 is preparing the festive launch. The festival will last five days and is going to offer you a bit of everything, that will be served for you in Vzlet. Don´t miss the first concert of Collegium 1704 in the new hall – you will hear Bach´s motets, Zelenka´s Responsoria and Händel´s Gloria.

Bach from Leipzig at home – that is the motto of this year´s Bachfest Leipzig named Bach´s Messiah, running online again. Collegium 1704 is going to perform two concerts – the first one on Sunday 13. June 2021 at 16.00 in Nicolaikirche, Leipzig (Bachs Messias 3), the second one will be broadcasted from the same place on Tuesday 15. June at 16.00 (Bachs Messias 10). Information about the stream and tickets on the website Bach from home. 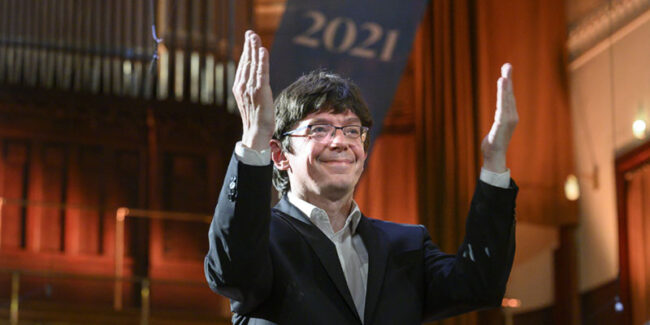 Opening concert of the Prague Spring on 12 May 2021 was indeed a milestone in the history of Collegium 1704. Conducted by Václav Luks, Collegium 1704 performed the cycle of symphonic poems Má vlast by Bedřich Smetana. The concert was broadcasted live on Czech TV Art and Czech Radio Vltava, the recording will be available on YouTube for one year.

The broadcasts of the concerts of the 76th Prague Spring International Music Festival reached more than half-million spectators. The unique peak to the backstage preparations of the opening concert was captured by the short documentary directed by Kateřina Hager Smetana de Luks.

Reviews of the concert available here.